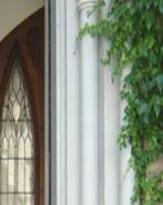 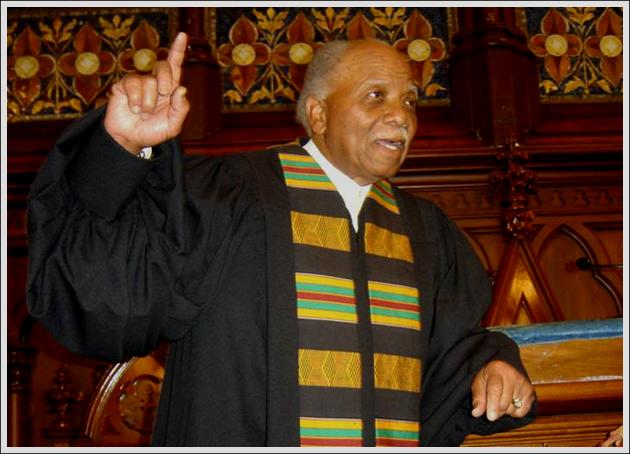 “History is a clock that people use
to tell their time of day.
It is a compass they use
to find themselves on the map
of human geography.
It tells them where they are,
and what they are.’’
John Henrik Clarke
(Noted author of African American literature)
The Central Church of Christ, which currently meets at 101 South Plymouth Avenue, evolved over a period of forty years. During this time, the church grew from a modest number of charter members to its present and expanded membership.
Central Church of Christ came into existence in 1970 with the assistance of Evangelist Franklin D. Florence, I. who was later engaged as the church’s minister. Over the years, the Central Congregation has met at various locations. Through these temporary stops along the road, its fervent desire to teach “The Word of God” and to win souls for Christ has remained constant.
The church’s first meeting place was the Calvary Baptist Church building located at 175 Genesee Street. At the second service in this building, the church baptized its first convert; and at the fourth meeting, it formally requested that Evangelist Franklin D. Florence, I., serve as Central’s minister.
The Central congregation met at the Calvary building for approximately one year and then moved to the secondary chapel of the Trinity Methodist Church on the corner of Post Avenue and Sawyer Street, where they remained for several months.
To expand the church’s program and become more stationary, Minister Florence made arrangements for Central to meet in the school basement of St. Peter and Paul on Brown Street. The congregation remained there for approximately two years and began a Sunday School Program along with other activities. The church also began a radio program entitled, “The Way of Truth,” which remains in existence today. As time passed, Central continued its worship services and increased its outreach which resulted in much growth of its membership.
The church’s stay at St. Peter and Paul came to an end, and the congregation moved to St. Monica’s gymnasium on Genesee Street. Their stay at St. Monica’s was brief, lasting for just one and one-half weeks. During this time, several members of Central expressed a desire to meet in a more appropriate facility.
Through the intervention of a community member, the Central Presbyterian Church at 50 North Plymouth Avenue opened its doors to the Central Church of Christ congregation. It was at this location that the church experienced a dramatic expansion of its activities and its membership. Central remained at the Presbyterian building from 1973-1976.
In April of 1976, Central moved to the church building at 101 South Plymouth Avenue, the former location of the First Presbyterian Church. Central began its stay at 101 South Plymouth by leasing the building with the goal of purchasing the historic edifice when it became available for purchase.
Central Church of Christ has remained at 101 South Plymouth to the present year. During this time, it has continued to expand its membership and ministries. Central has reached its goal of purchasing the former Presbyterian building. It has found a more permanent spiritual home, expanded its Christian Education Department, established community outreach programs, and forged a stronger bond with local Churches of Christ.
In the words of Central’s Leadership:
The purpose of this congregation is to give visible form to that faith and fellowship to which God has called us, His people.
We acknowledge ourselves to be a local manifestation of the universal Church through which God continues to minister to the world by His Son, through the Holy Spirit.
We shall seek to fulfill this calling through corporate worship services, through a program of Christian nurture by which our members may be built up in faith and love, through the proclamation of the Gospel by word, deed, and manner of life, and through ministering to human needs as we seek a better way, through Christ, to serve the God of our salvation.